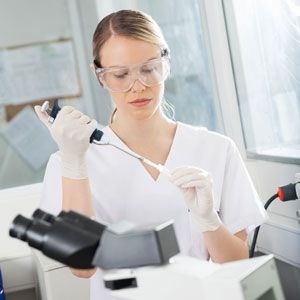 Human growth hormone (HGH) has been used for decades to treat short stature and other medical conditions. However, it may also be useful in treating HIV/AIDS, both to help prevent complications and to improve immune status.

HGH is secreted by the pituitary gland in the brain. This hormone stimulates cell reproduction, cell regeneration and overall growth. Deficiencies in in HGH can lead to short stature and other conditions such as Turner's syndrome, Prader-Willi syndrome and chronic kidney disease. In adults, HGH – also known as somatotropin – is also used for short bowel syndrome and HGH deficiency as a result of pituitary tumors.

Although not recommended for this purpose, it may also be used by athletes to build muscle and improve performance. However, there is no evidence that HGH has any benefits for the healthy athlete. Some doctors think it might be used as an anti-aging treatment as well.

HIV stands for human immunodeficiency virus. It is transmitted from one person to another by contact with blood and body fluids or during sexual activity. The virus attacks the immune system and destroys T-helper cells, a type of white blood cell also known as a CD4 cell. Once infected, people who have HIV may live for 10 to 15 years before the immune system is so badly damaged that it cannot fight off infections any more. At that point the disease is called AIDS – acquired immune deficiency syndrome.

HGH and HIV and HGH and AIDS are connected because an HIV infection produces muscle wasting, particularly once the patient has progressed to the point of full-blown AIDS. Muscle wasting may increase the patient's susceptibility to infections. HGH promotes lean muscle growth. In particular, it promotes the growth of muscles, ligaments and tendons. It also helps decrease visceral fat mass (fat in the abdominal cavity). This is important as increased visceral fat increases the risk of metabolic syndrome and diabetes. While HGH doesn't stop the HIV virus from reproducing itself and doesn't cure AIDS, it can improve the quality of life for patients.

The research on HGH for AIDS patients is limited, but promising. One study of 55 patients compared a group using HGH therapy and a second group given a placebo (fake medicine) for 18 months. Patients who took HGH had less muscle wasting and less visceral body fat. They also had lower levels of a blood fat called triglycerides.Another study found that HGH supplement HIV patients showed increases in CD4 T-cells with daily administration of HGH. This is particularly important as it is these exact cells that are damaged by the HIV virus.

Other Benefits of HGH for HIV

Research indicates there may be other benefits of HGH for people with HIV infections. HGH can also help stimulate energy in people with AIDS, who often have low energy levels both because of their disease and their treatments. HGH stimulates the production of adenosine triphosphate, a small molecule that transports chemical energy within the cells. Red blood cells are often depleted by one of the treatments used for people with HIV. Patients who receive HGH show evidence that the hormone increases formation of new red blood cells. There is also some evidence to show that HGH treatments can reduce the incidence of AIDS-associated conditions like polycystic pneumonia and Kaposi's sarcoma – a type of skin cancer.

It is important to recognize that HGH must be used in its prescription form. Although there are many HGH supplements on the market, there is no evidence that oral forms of those available over the counter are effective for treatment for HIV. It is also important to know that HGH and testosterone are not the same thing, although bodybuilders do use both in the hope of building muscle mass. HGH in prescription form is usually given as a daily injection. It must also be given as a gradually increasing dose until it has reached the appropriate level for an individual patient. HGH obtained from any source other than a licensed physician may be adulterated or ineffective.

If you suffer from HIV infection or AIDS, open a discussion with your doctor about whether HGH therapy would be of benefit. You can also contact Wellness MGT for more information or answers to any question you might have. We provide high quality HGH and testosterone for both men and women.

Age of Testosterone Deficiency in Patients with Type 2 Diabetes 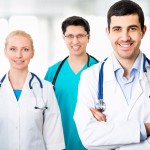 Read more →
Use HGH correctly: What is the proper dose? 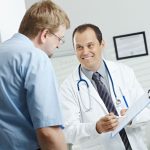 Read more →
What Are The Implications Of Testosterone Therapy For Males? 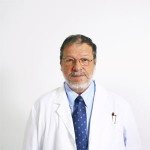