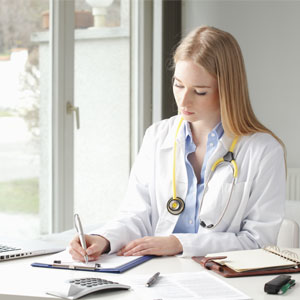 It’s a myth that testosterone is totally a male sex hormone.it is also produced in females and happens to be a precursor of an important female hormone called estrogen. In females, this hormone is produced from the tissue of the ovaries and adrenal glands. Just like males, a steady decline in testosterone has begun in the late 20s which continues up to menopause. The decline in hormone levels is sharp after surgical menopause.

Unfortunately, the values for the lower limit of testosterone in females are not established. According to some studies, the lower value is 15 ng/dL. A study has shown that women under 10 ng per dL experienced a marked decline in sexual desire and their orgasms were fairly absent too.

The females with extremely low levels of the hormone are supplemented with the right dosage when they are recommended testosterone therapy.

It's not true if I say that the use of testosterone is totally safe for use in females. However, the physicians have been prescribing other forms of testosterone since then. Usually, the testosterone administered through oral means aims to suppress hot flashes and some prominent symptoms after menopause.

Since one third of a female’s life is spent in post-menopausal stage, there must be a way to spend it in a healthy way. After several trials and real life experiences, it has now been established that the hormone therapy with estrogen and progestin can produce risks of cardiovascular problems and raises the chances of uterine and breast cancer.

Hence the females who complain about hot flashes, and poor sexual functioning are more inclined to take testosterone therapy. Luckily, there are some guidelines about female use of androgens to treat sexual dysfunction. Research and studies have not proven any link between the use of testosterone and estrogen combination for the treatment of prominent post-menopausal symptoms.

However, the patients who were administered testosterone to estrogen complained less about insomnia and depression than those on a placebo. But the commonly claimed psychological benefits like improvement in memory is not achieved with testosterone therapy.

It needs no telling that the prime reasons for testosterone therapy are sexual problems. When the person experiences loss of libido and orgasm. The symptoms are more severe in women who had menopause due to surgery. The stats are further alarming because they depict 50 percent of post menopausal women have sexual dysfunction. Testosterone therapy can help reduce the symptoms to a great extent.

Aging females are haunted by the idea of osteoporosis. This is the major reason of morbidity and mortality in aging women. When there is a deficiency of freely circulating testosterone hormone, it can be the leading cause of hip fractures and loss in height. Administration of estrogen prevents demineralization of bones but when estrogen is coupled with androgen hormone therapy, it will make bones stronger and prevent the possibility of fractures.

In some studies, women with reduced sex drive have low levels of free testosterone, but the physician is not always comfortable to suggest testosterone therapy due to the risks of masculinization in females who haven’t had menopause yet. Aside from prescription drugs, pre-menopausal women with testosterone deficiency showed improvement in sexual and overall health after applying testosterone gels on thighs everyday for 12 weeks. This mode of delivery had no side effects such as acne, or change in voice.

Testosterone therapy is also an effective cure for aging females who have had a premature ovarian failure. Moreover, the symptoms of various conditions like turner’s syndrome and AIDS infection can easily be suppressed with testosterone therapy. The use of chronic corticosteroid is also frequent in aging females and its adverse effects can be diminished with the right dose of testosterone. It has also been postulated that testosterone can further help prevent dementia and depression.

Checkups and Screenings for Women on Hormone Therapy 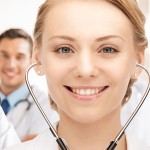 Post-menopausal females are advised to get a full body checkup every year but this is more important if they are suffering from the depressing symptoms as well. The first stage is the physical examination of the breasts but the reports […] 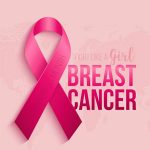 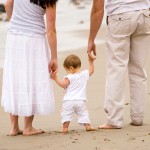 Read more →
The Link Between Testosterone and Estrogen 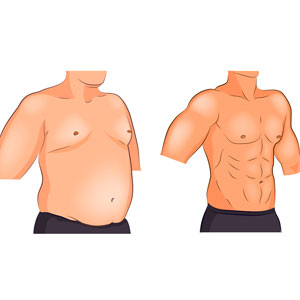 Testosterone and estrogen are typically considered to be hormones unique to each sex. In reality, men and women manufacture and secrete both. It is the difference in concentrations of the hormones that result in the sexual characteristics specific to each […]