What Is Low T? 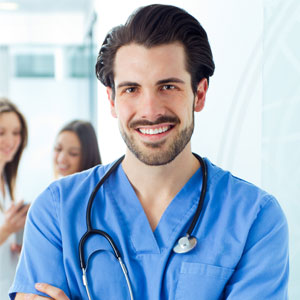 Low T is known as low testosterone, estimated to effect more than 15 million of men in the United States. Testosterone is a male hormone that is made by the male body and most of it is produced in the testes. Testosterone is responsible for supporting the overall body of a male: takes care of reproductive tissue, builds muscle mass/strength/bone density, sperm production, and sexual drive.

As with most hormones in your body such as blood sugar, cholesterol, there is a numerical range for levels of testosterone, aka T levels. This allows us to identify where your health stands in terms of testosterone production. Typically, if the testosterone level of a man is below a level around 300 ng/dL, then he has a testosterone deficiency. As a man ages, it is natural for him to produce less testosterone.

But once a certain level is reached, it is no longer healthy nor natural. A man will be diagnosed with Low T and ask, what is low t? In a healthy male, testosterone is produced at consistent levels. When levels are high the brain sends signals to stop producing the hormone and when testosterone production is low, the brain sends signals to fix it.

Ask yourself- Is it low T?

Sometimes it is hard to establish if one is experiencing the repercussions of normal aging or a medical condition. The decreasing levels of testosterones in your blood as you age is normal. Low T can happen when and if there is an issue between the brain and the testes in the amount of testosterone being produced. There could also be a defect in the testes causing the low secretion/production of the hormone.

The medical condition called hypogonadism also causes low levels of testosterone (Low T). With any of these, one may not know to question themselves; is it low t? On top of these causes, there are other health conditions that may increase your likelihood for having Low T. Having low testosterone isn't causing these other health conditions. Instead, these conditions are potentially the cause to having low T. Studies suggest men with obesity, diabetes, high cholesterol or blood pressure and COPD/asthma are at a greater chance of also being diagnosed with Low T. Having any of these conditions should lead you to question, is it low t?

The conditions briefed upon above may be the cause to low t. However, understanding and identifying with symptoms are an essential part in conquering the question - what is low t? Many symptoms of low t may not appear to be caused by the condition when looked at individually. It's often difficult to tell and may in fact not be relevant to having or not having low t.

Having erectile dysfunction, reduced sex drive, increased body fat, reduced muscle mass/bone density, loss of body hair, decrease in energy, fatigue are all common symptoms of low t. Regardless of what the cause to any of these symptoms is, it is important to confront and distinguish them. Ignoring symptoms is beyond hazardous to men, especially those above the age of thirty.

With a medical exam to address symptoms, only a doctor can advise you with what is going on medically speaking. It is important to never feel discouraged from seeking out the right path for your body. Speaking openly and honestly with doctors about conditions is all the more helpful in identifying causes to symptoms. Unfortunately, there is no cure for low testosterone yet. However, with your care physician you can establish an on-going treatment plan to alleviate symptoms of low testosterone. 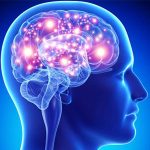 Testosterone is a steroid and male sex hormone that affects a wide variety of body functions, including those functions that occur in the brain. Testosterone and brain function are linked. Testosterone production gradually diminishes with age in both men and […]

Read more →
How can you raise testosterone in men through natural methods?

In today’s day the situation is that in many men, even in young males, testosterone is at a very low level. First of all this is linked to an unhealthy lifestyle – harmful habits such as smoking and use of […] 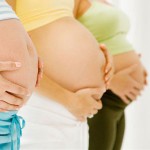 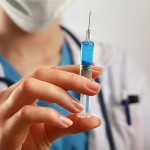